In May 2020, Microsoft announced the new Microsoft Teams Templates feature and then released it towards the end of the year. Since a templating functionality in Microsoft Teams has been missing until this point, many have been waiting for the new feature. On the other hand, many companies have already developed their own templating mechanisms through various Microsoft board resources or purchased pre-built solutions and products such as Valprovia Teams Center. Many are now wondering if the resulting templating customizations should be rolled back or if already purchased solutions should no longer be used.

With the “Microsoft Teams Templates” feature,

administrators have the option of offering predefined room structures in Microsoft Teams directly for end users. This increases the productivity of users, as they no longer have to invest time in configuring the Teams room structure after the creation. 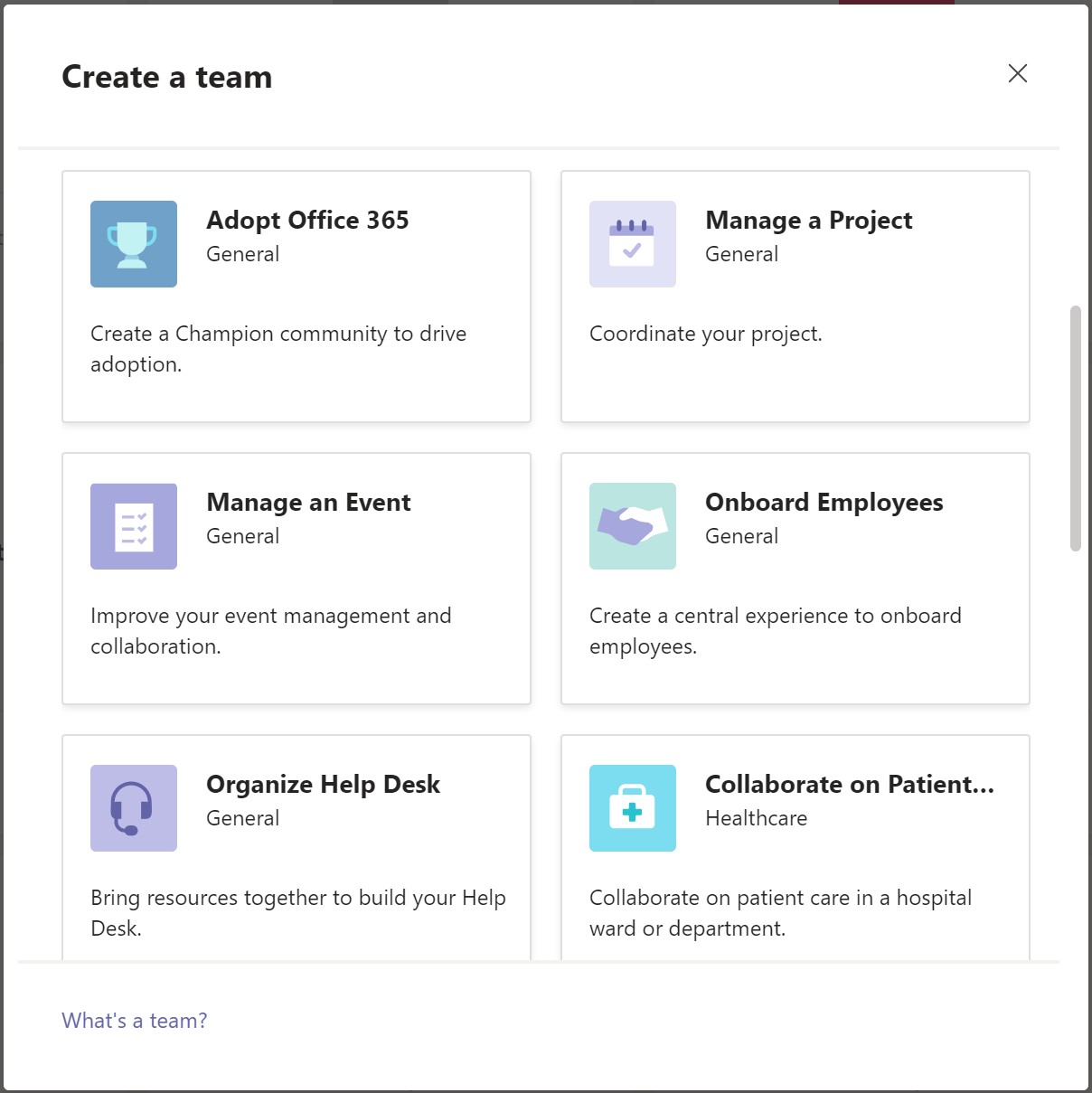 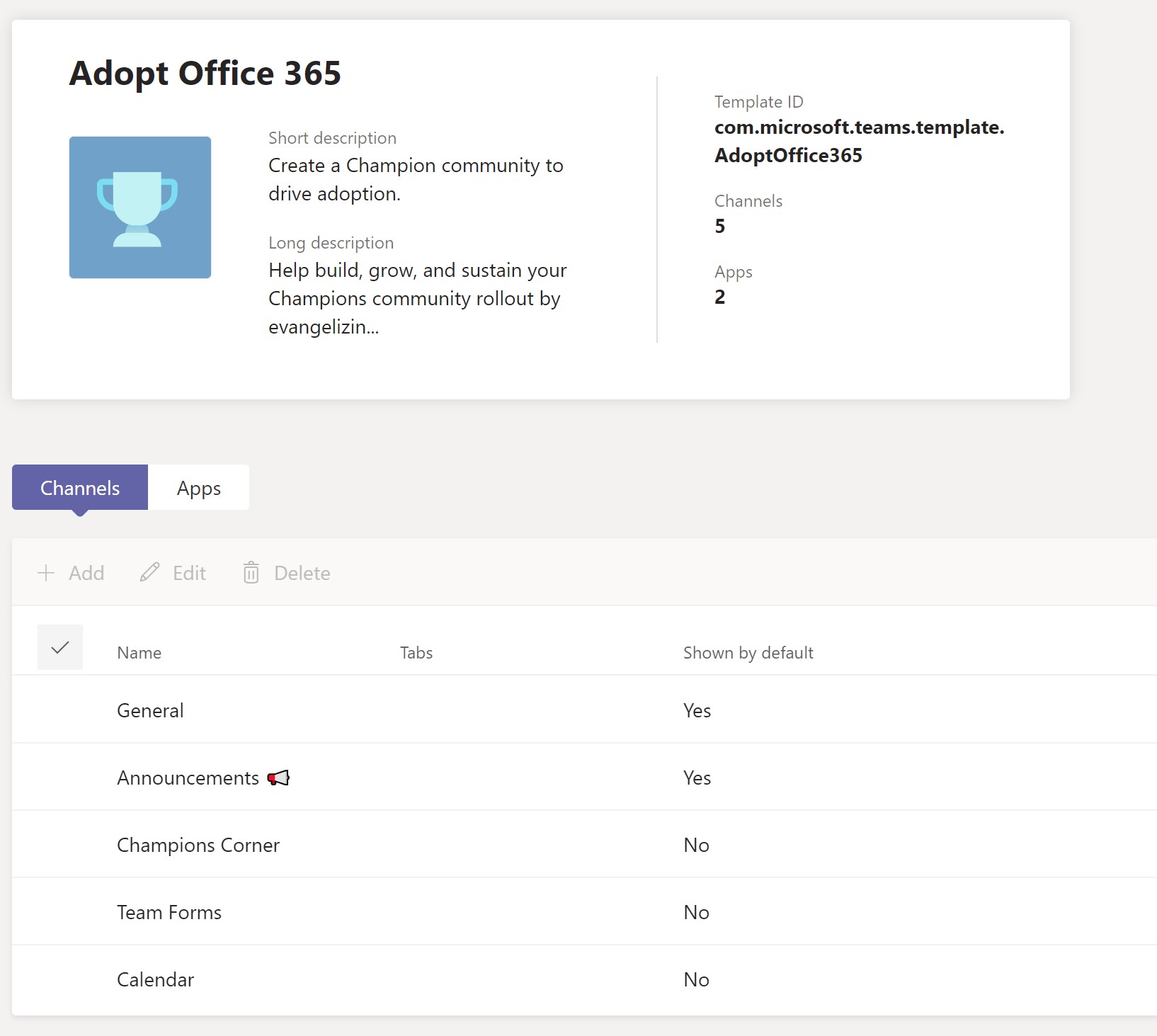 What we want to share with you about our in-house solution Teams Center is that it not only includes Microsoft Teams Room Templating functionality, but also supports and automates topics such as Governance, Compliance, External User Management, Integration of Microsoft Teams with other systems such as Dynamics 365.

Before making a decision about the templating functionality of Microsoft Teams, consider the following benefits of the Valprovia Teams Center solution.

With Microsoft Teams templates, channels and apps can be defined, but the apps are not configured. This means that the apps have to be configured by the end user after the Teams rooms have been created. 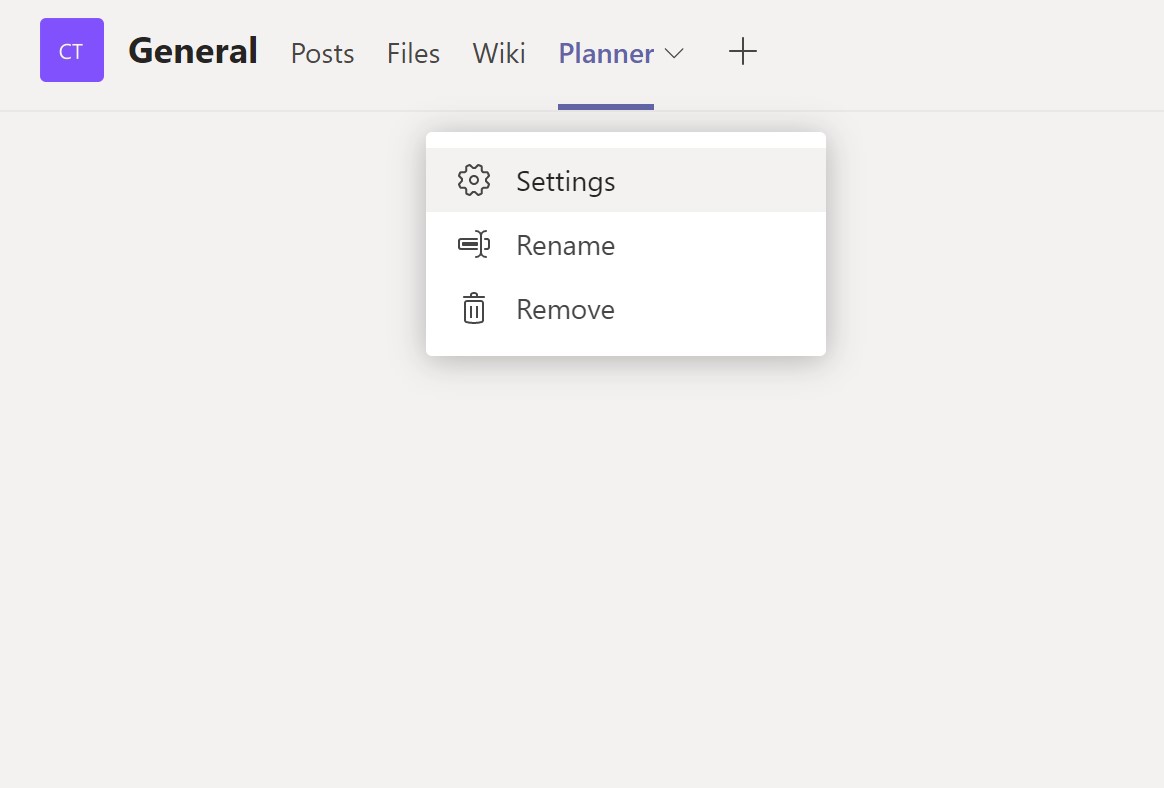 In the case shown, the end user would need to click on “Settings” and configure the Planner service themselves. Here the following problem could occur, that the user creates a separate plan (not the plan that is automatically created with the Teams room) and then configures it into the Teams room as an app. This would cause permission issues as other Teams room members would not have access to the newly created plan as a result.

The Teams Center solution’s templating engine can automate the deployment of the channels and apps that have been configured in the template in such a way that the apps do not need to be viewed further by end users. As a result, the Valprovia solution provides a fully-automated and complete configuration of Teams rooms. 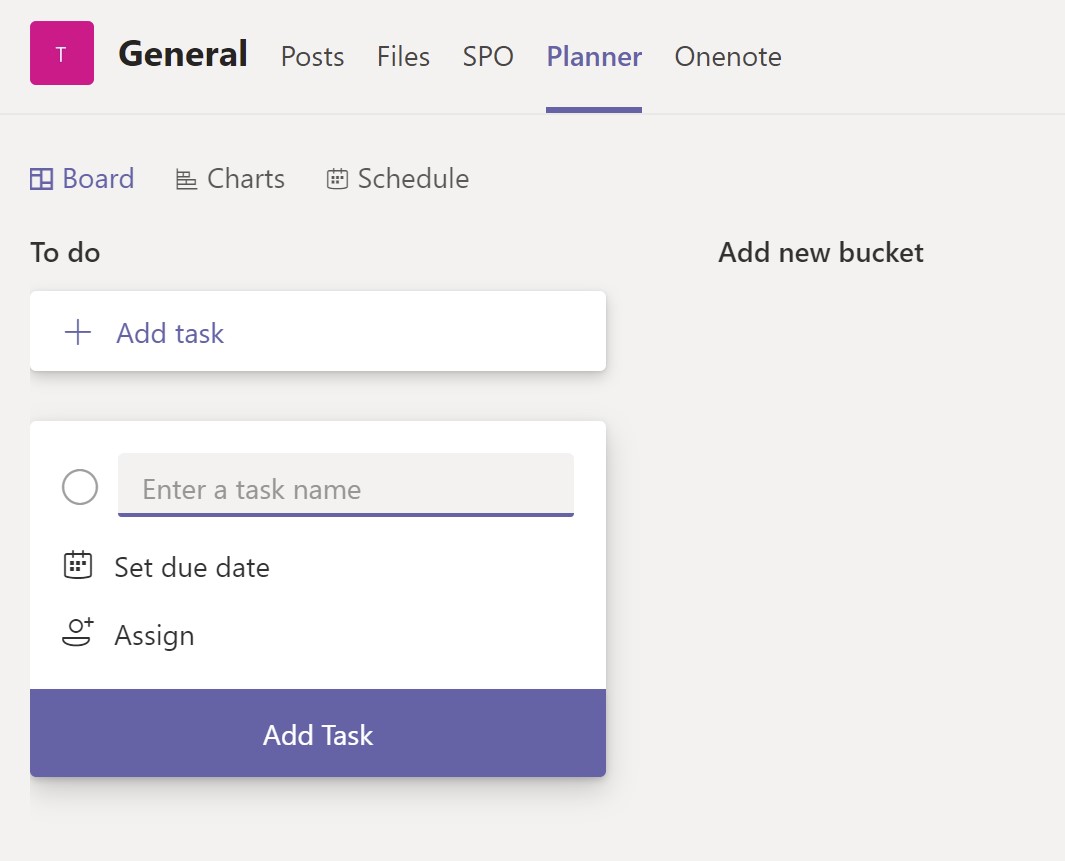 You can currently only define Teams room structures with Microsoft Teams templates, but there is no way to customize SharePoint Team Site.

Once you create a Teams room, a SharePoint Team Site is created in the background for file storage. In SharePoint, it is a normal information architecture process to use content types and columns for documents to make them more discoverable later. Teams Templates does not provide the functionality to provide extra content types or columns.

The Microsoft Teams Templates feature currently does not give you the option to approve the creation of the Teams rooms. The Teams rooms are created without approval. This creates a need for additional solutions such as the Request-a-Teams-App.

In the project collaboration space, a Teams Rooms creation is often required only after approval. This lack of functionality leads to using a separate app, which adds deployment and operational overhead for the IT department.

With Teams Center, there is no need to maintain additional separate solutions, as Teams Center provides a customizable approval workflow for IT departments, which is mapped based on LogicApps. With basic LogicApp knowledge, you can already map more complex approval processes that meet your organizational needs. 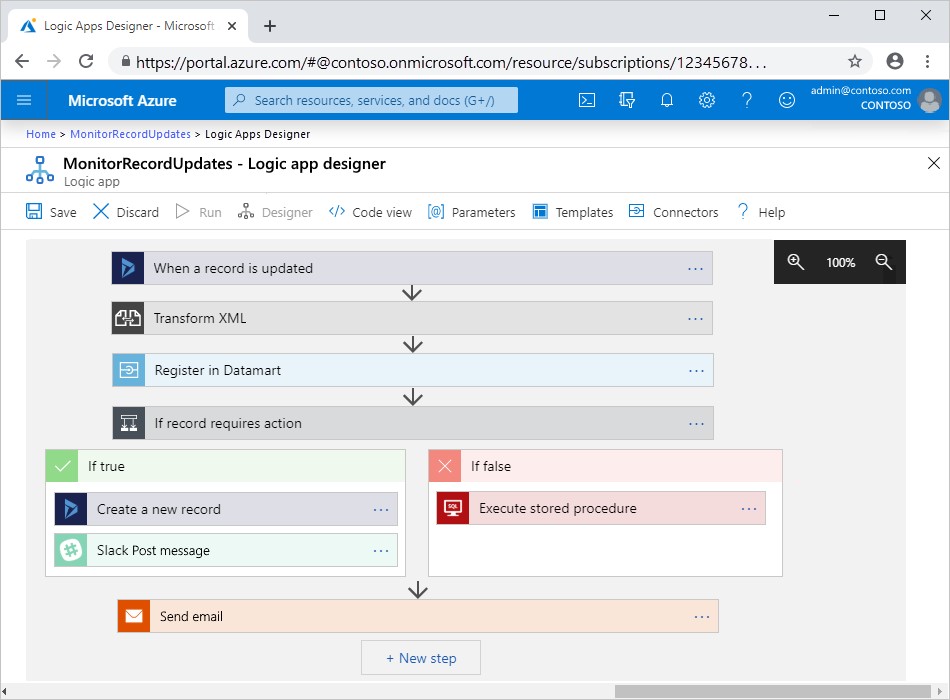 Also, with the Teams Center solution, you have the ability to define an approver group per template type. This way, the same responsible persons do not have to receive all team room creation requests and approve the requested team rooms. This task can be freely distributed to different responsible persons.

Currently, no permissions can be assigned to the templates with Microsoft Templates. As a result, end users see many templates at once. This confusion leads to end users deciding to fall back on an empty room and create a team room without selecting a template.

In practice, it often happens that per-template permissions are defined and the number of visible templates per user is reduced. E.G.: An employee of the marketing department sees only the templates that are relevant/approved for him.

With the Teams Center solution you can define permissions for the Teams room templates. This allows you to determine which users get which templates to choose from. 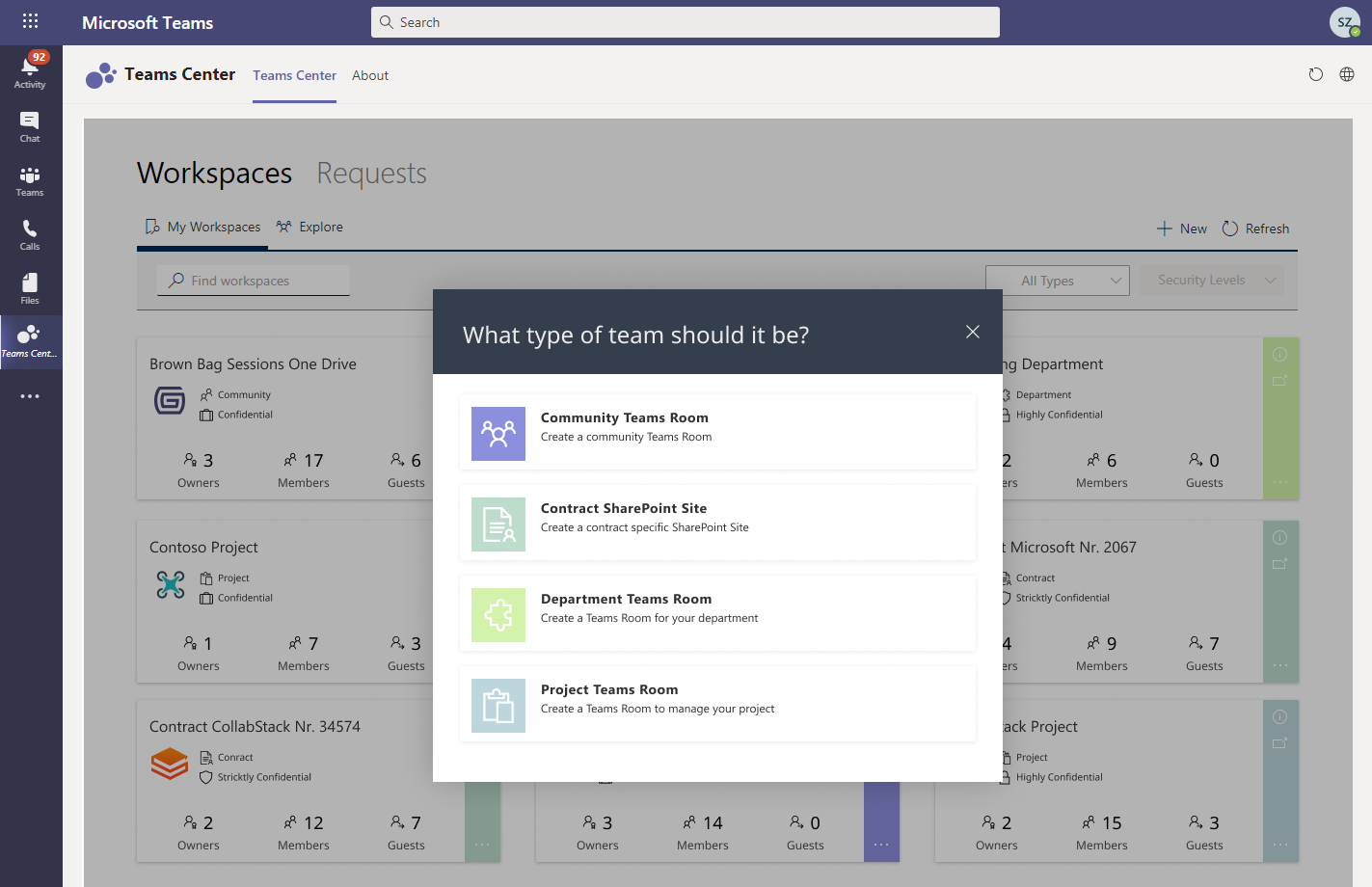 5) Provisioning of the additional documents

Document provisioning is often an additional requirement to templating, approvals and template visibility. In particular, document provisioning is required in the case of onboarding processes. If you want to deploy Microsoft Teams templates, then by default you will not be provided with the ability to provision documents.

Am I making a competitive decision with Microsoft Feature if I want to implement the Valprovia Teams Center solution?

If you look at the entire article, you will see that the Valprovia solution has several advantages. For this reason, the first thought may be to deploy the Valprovia Teams Center solution. This brings up questions about whether the Microsoft features can be ignored and other solutions should be deployed instead. Since many IT managers want to stay within the standard, it is important to answer the question of what the implications are with Teams Center.

In this article we have tried to show you the standard templating feature of Microsoft Teams and the advantages of Valprovia’s Teams Center solution. Depending on the complexity of your requirements, you can use the standard feature. The listed advantages of the Teams Center solution can show you decision criteria when you could use a pre-built solution.

If you would like to know more about Teams Center, we would be happy to receive your contact request.

Cagdas Davulcu is a Microsoft 365 enthusiast, solution architect and CEO at Valprovia GmbH. Mr. Davulcu brings many years of professional experience as a software developer, consultant and software architect to his role as CEO of Valprovia.